We are a Peruvian company founded in 1988. We provide BPO services and solutions for digital payments and security in the banking, telecommunications, commerce, and government sectors. Our well established foundations, our high-quality technological solutions and services, and our commitment to our clients, has allowed us to grow in national and international markets, primarily in the Andean region.

Our team’s expertise, along with constant research and development, has allowed us to provide innovative solutions for digital payments. We provide solutions with a high level of security, authentication, and integration, that are designed to handle large volumes of information with excellent reliability. Additionally, we also provide competitive BPO services that comply with quality standards required by the industry. We are proud to manage our company with the highest standards of quality available in the market.We have the international quality certifications, CMMI Level 5 and ISO 9001 in its 2015 version. These apply to the production, administrative and commercialization processes of our software products and services. We seek to improve continuously as we are committed to excellence nationally and across borders. 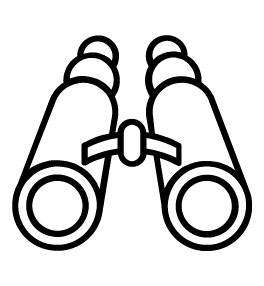 To be a leading company in digital payments and financial services in Latin America, with simple, safe and reliable solutions that make people’s lives easier. 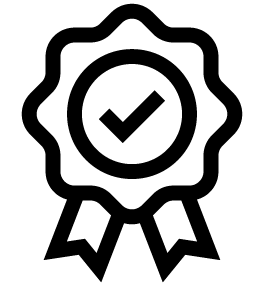 Our quality frameworks aim to:
● Satisfy our clients by providing solutions and services with digital payments that are safe, reliable, and highly available.
● Provide customer support with a team with high expertise.
● Constantly seek technological innovation in our products and the continuous improvement of our processes.
● Comply with regulations and required standards. 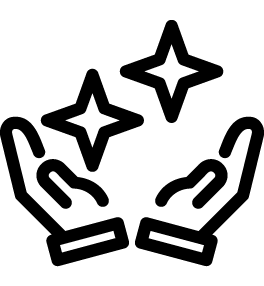 ● Be a good person: Honesty and integrity are key to who we are. We value diversity and act kindly with others inside and outside the working environment.
● Pursue Excellence: We seek to achieve the extraordinary and provide excellent results.
● Innovate: We look for new ways to complete our tasks, and we do not settle for the status quo.
● Transparency: We openly express our ideas without the fear of being wrong. We believe honesty and trust lead to progress.
● Commitment: We make sure we achieve our established goals.

1988: Foundation / Origins of Novatronic
Novatronic was created with the idea of being a highly specialized research and development company in Latin America. The company was initially oriented towards consulting but shifted towards developing high-quality transactional products and services

Novatronic’s founders were Guillermo Pacheco, Jose Pacheco, and Carlos Uribe. Along with Mr. Uribe, the Pacheco brothers had the goal to create a software company that could compete globally. The three pioneers embarked on a journey that has lasted over 30 years. Jose Pacheco was Novatornic’s first General Manager, followed by Carlos Uribe in 1994, and finally, our current CEO is Guillermo Pacheco since 2010.

1992: First Major Project
ABA was a Project prompted by the SUNAD (National Customs Superintendency). This project required the integration of Customs, Banks, and Warehouses.

This project was significantly important as it was the first multisectoral network impulsed by customs. It improved the services provided, as this software allowed transactions between customs and individuals to be faster, reducing time in customs from weeks to days.

Novatronic implemented its first specialized product, the EFT Switch, in 1996. It was designed to process financial transactions. It was the first time that Peruvian technology was used with international standards for this purpose.

With the ETF Security, Falabella integrated its POS boxes and its Falabella cards to provide a unique service to its customers.

The SBS Sucave was a project designed for our client, the SBS (Superintendency of Banks Insurance). It was the first automated system to collect financial information from banks. It allowed the SBS to monitor and supervise transactions. It expedited the process of validation and exchange of information between Banks and the Superintendency.

Novatronic considers this project to be one of its significant milestones, as it addressed the integration of the entire financial system (banks and finance companies), allowing Novatronic to strengthen its position in the financial sector.

We exported specialized software in payment system networks. It was an important milestone because it was our first international sale. It allowed the bank to integrate with ATMs and point-of-sale terminals in Colombia.

We implemented a virtual prepaid system for Bellsouth, which complemented and later replaced the traditional card system. Our technological solution made it possible for Bellsouth to attend their customers through ATMs, sales points, and small independent businesses.

It was Novatronics’s breakthrough in the telecommunications sector.

We implemented a virtual prepaid system, integrated TIM’s core systems, and activated and replaced online services. We expanded the telephone collection system for post-payment by integrating them with banks. This technological solution allowed telco customers to have more attention points by using all of the bank’s channels.
2004 - Start of operations in Venezuela
BANESCO - Collection and Prepayment System

In 2009, we provided the Peruvian Central Reserve Bank with the first security system that supported banking standards (based in DES/3DES) and Internet security standards (RSA). This solution allowed the bank to provide the new Real Time Gross Settlement service, which assured security between interbank transactions.

The Gateway called SIX/LBTR was implemented, allowing financial institutions to easily integrate with the BCRP (Peruvian Central Reserve Bank) network.
2013: Mobile Banking / Electronic Money
The Mobile Banking solution was launched using the voice channel (USSD). This solution enabled our clients to provide services to any cell phone without the need for available data balance, allowing more people to access financial services. It is currently used by Telefonica, Claro, Entel, and Bitel to provide services to clients and agents of Banco de la Nación and Cajas Muncicipales (Peruvian National Bank and national finance institutions).
2015: Biometric Authentication
We implemented a Biometric authentication solution, SIX/ BIO, providing online integration with the National Accreditation Identity Institution. We deployed a network of 5,000 fingerprint readers used in our clients points of service and distributors. Currently, this network processes more than 1.5 million monthly transactions. This solution now supports other biometric authentication methods, such as facial, iris, and voice recognition.
2018: Connect Now!
Solution that allows mobile applications to use the voice channel (USSD). It enables multiple transactions and fingerprint biometric authentication in places with no data coverage by cell phone operators. This technology allows our clients to provide their services in locations where there is cellular coverage but no internet connection.
Copyright © Todos los Derechos Reservados

Complete the following form so a representative can contact you. Feel free to ask any questions or concerns. We are happy to hear from you!